She used one of my lines from Protégé as inspiration. It's awesome! 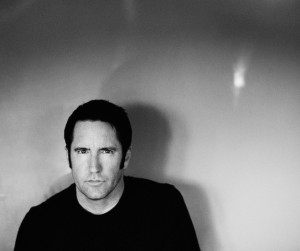 It's been four years since Nine Inch Nails' "Wave Goodbye" tour heralded the end of an era for Trent Reznor's pioneering project. But since that time, Reznor has maintained that NIN wasn't over forever, just changing focus.

Now, Reznor has announced that Nine Inch Nails will return to action in a big way in 2013. Tours are planned for this summer and fall, all the way into next year. The lineup will include Reznor, Eric Avery of Jane's Addiction, Adrian Belew of King Crimson, and Josh Eustis of Telefon Tel Aviv, as well as previous NIN collaborators Alessandro Cortini and Ilan Rubin.

Here is the statement from Reznor:NOTE FROM TRENT:

The band is reinventing itself from scratch and will be comprised of Eric Avery, Adrian Belew, Alessandro Cortini, Josh Eustis, Ilan Rubin, and me. The first shows will begin this summer, followed by a full-on arena tour of the US this fall, and lots of other dates worldwide to follow through 2014.
Lots of details and dates to come. See you soon.
TR