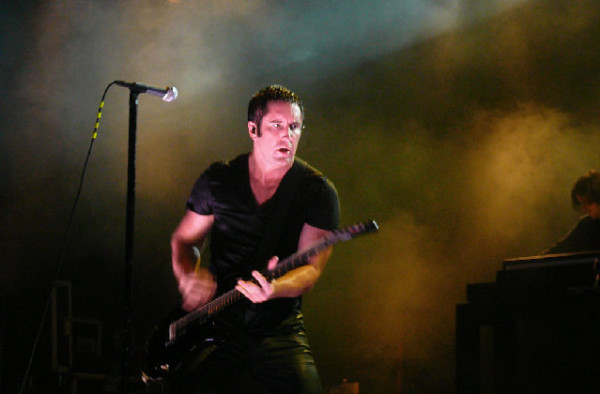 Nine Inch Nails have signed a new deal with Columbia Records, which will release the group's eighth studio album later this year.

The announcement arrives three months after band mastermind Trent Reznor officially reformed his most high-profile project for an extended tour that will kick off this summer. Reznor told Billboard last year that he had been writing new NIN songs, in spite of a dormancy that began after the group performed its final show together in Sept. 2009.

Since then, Reznor worked with Atticus Ross on the original scores for 2010's "The Social Network" and 2011's "The Girl with the Dragon Tattoo," the former of which earned him a Golden Globe and Academy Award. He also released an album with a side project, How To Destroy Angels, last March.

"I've been less than honest about what I've really been up to lately," says Reznor in a press release. "For the last year I've been secretly working nonstop with Atticus Ross and Alan Moulder on a new, full-length Nine Inch Nails record, which I am happy to say is finished and frankly fucking great. This is the real impetus and motivation behind the decision to assemble a new band and tour again. My forays into film, HTDA and other projects really stimulated me creatively and I decided to focus that energy on taking Nine Inch Nails to a new place. Here we go!"
Collapse